A new transnational vision for the continent

From 11 – 14 July, 40 pioneers of a new transnational European consciousness met in the hilly landscape near Plovdiv (Bulgaria), the European Capital of Culture 2019, at the invitation of the initiative Co-Creating Europe and the local host Zhivko Stoilov to share their experience, knowledge and wisdom for the common search for a new cultural identity for Europe: The new Europe should integrate the unique European diversity on the basis of a fundamental unity. This makes visible and tangible what French philosopher Julia Kristeva says is often hidden from Europeans themselves:

‘Seen from New York or Beijing, Europe is like a bouquet of flowers. It is difficult for the individual flowers of this bouquet to see the unity with which they are connected, especially since the essence of this bouquet is not the subject of real attention.’

History of a European vision

The impulse for the foundation of Co-Creating Europe was given by the spiritual teacher Annette Kaiser about 10 years ago – parallel to the ongoing narrative of a European crisis. In exchange with the two other founders of the project, the social activist Sonja Student and the philosopher and journalist Thomas Steininger, they asked themselves the urgent question: How can a new, transnational consciousness emerge in Europe as the basis for a more inclusive, social and connected culture of togethernes

In order to work on the foundations of such a new European togethernes, they began two and a half years ago with Co-Creating Europe to build a growing network of social change activists from many European countries with the aim of mobilizing the potential of European cultural and perspective wealth for this project. Since then, Co-Creating Europe has been working to make the uniqueness of our regions and nations, their cultural, historical and spiritual wealth as well as the achievements of tradition, modernity and postmodernity tangible for an open and pluralistic society.

2018 the first European meeting with 30 pioneers from 18 European countries took place in Frankfurt am Main. It succeeded in gathering experts from various fields, such as social, spiritual and political activism, art, media, developmental psychology, economics, philosophy, governance and education and to win them permanently for the initiative.

On the basis of this meeting, the foundations were further concretized and finally manifested in eight Essentials, which were defined in a co-creative process as the basis for a transformative reorientation of a European society. (co-creating-europe.eu/our-essentials) The exchange within the network has since been continued in regular zoom calls under the direction of Elizabeth Debold. In addition, European Walks are conducted in many regions under the supervision of the composer and screenwriter Anders Nyberg (Wie im Himmel): There, local people are invited to join internationally active activists and exchange visions for Europe while hiking in different cultural landscapes. In addition, an office could be set up and a website set up in cooperation with the international design community Montaia. Thus the vision, mission, essentials, activities and responsibilities of Co-Creating Europe are transparent and publicly accessible and can unfold their full potential through a holistic design.

Plovdiv 2019: European Being and Becoming in Action

At the Co-Creating Europeans meeting in Plovdiv these questions were in the foreground: How can a new European field of consciousness not only be conjured up and intellectually conceptualised, but also lived and practically created together? And how can synergy effects within the network be used for new projects and cooperations? For this it again proved to be indispensable to perceive Europe from as many perspectives as possible and in particular to integrate more strongly the perspectives of activists from Eastern European countries.

To witness the division between East and West and to reconcile it from a higher perspective is always a central challenge. An important contribution to this was the manifold encounters with the Bulgarian team of Co-Creating Europe as well as the visits to cultural, historical and spiritual places: The latter gave a deeper insight into the ancient and eventful history of the Plovdiv region. For over 8000 years it was, starting from its Thracian origins not only by the Greek and Roman antiquity, but also by the Orthodox Christian

The Ottoman Empire, the influence of Slavic cultures, socialism, and finally democratization and EU accession. Many of the most influential European influences from East and West are concentrated here. A welcoming ritual with traditional dances and songs, the offer of a professionally guided Paneurhythmy practice in the morning and a joint visit to a concert with pieces by the Bulgarian teacher Peter Danow made the long tradition tangible.

In order to prepare the ground for the joint work, the first day of the meeting began with an examination of the concept of crisis. Crisis, as a concept from Greek medicine, originally describes, with Hippocrates, the climax of a course of illness from which either healing or an irretrievable decline begins. The Chinese sign for crisis points to a similar ambiguity by being composed of the signs of danger and opportunity. Crises are moments of decision in stories, and taking Europe’s historicity seriously is one of the foundations of Co-Creating Europe. On the one hand, a core concern of the initiative is to preserve and strengthen Europe’s historical achievements such as democracy, human rights, the dignity of the individual, equality, legal security and cultural diversity, without repressing the shadows of these achievements or falling into a neo-colonial sense of mission. On the other hand, there is a concern to collect the various and diverse narratives about Europe, to listen to them and to appreciate their polyphony. Only if these stories can be combined and transformed with a deep appreciation of their diversity can a new, positive narrative about Europe emerge, which in its essence resembles the image of the bouquet of flowers described at the beginning. Under these circumstances, storytelling also formed an essential component of the meeting. Another focus was on the essentials, through which all participants could connect with the principles of the project: intellectual, dialogical, artistic, through storytelling, movements and gestures and in silence.

All Essentials were available as postcards and posters with the corresponding pictograms and a variety of other materials and are now available to the local and regional Co-Creating Europe groups, which have been initiated by many participants. The aim is to make the common foundation that has already been created easy to communicate, so that it can be further developed in a concrete and context-specific way.

On this basis, the following days, moderated by Anne-Marie Voorhoeve, founder of the Hague Center for Global Governance, Innovation & Emergence, the themes and questions of the participants were brought to the fore: the special role of urban spaces in the European context; tensions, misunderstandings and historical traumas between Western and Eastern Europe; energy work, media and public relations projects; activism based on non-duality; community building and many more. Due to the different cultural and professional backgrounds of the participants, these questions could be considered in a multi-perspective way and valuable impulses for individual projects as well as the joint work and orientation of Co-Creating Europe could be collected. A harvesting team helped to secure the results. Particularly impressive was the presentation of the entire process and its deeper results in a large mural by visual facilitation expert Mathias Weitbrecht.

Steps into the future

Among the concrete projects of Co-Creating Europe were the following: the foundation of further local groups by members of the network, an ongoing working group on trauma and healing of the conflicts between Western and Eastern Europe, a project on the history of Europe with a focus on co-creative processes and their achievements, the expansion of the walks, joint presentations at conferences as well as the takeover of the European part of a global peace caravan for the United Nations Day of Peace in September 2020. The results of the meeting and the ongoing activities of the network will in future be announced, documented and made accessible to the general public by a transnational team in the form of a multimedia blog and via social media. In addition, two further network meetings are planned for 2020. The first will take place near Corinth and will be hosted by Co-Creating Europe in cooperation with Dr. Athena Potari, philosopher and expert on the history of Greek religion and spirituality.

Starting from the fundamental unity of all being, the unique plural identities and cultures of Europe have been preserved and brought into a transformative dialogue with each other in the protected space of the meeting. In this way, the differences could be shaped as productive diversity and lead to concrete projects for a new European coexistence. We can all work together to spread this transnational consciousness, no matter where we come from or in which country we live. Because Europe is what Europeans make of it. We can create the new without losing our roots, a human place between heaven and earth.

Co-Creating Europe is recognized as a registered, non-profit association and depends on donations for the continuation of its activities. We look forward to your support! 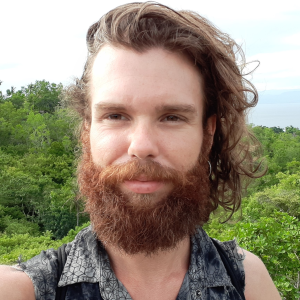